The language between you and I,

Gifts offered, once declined but I,

With all my hesitance, now I give over to you

That which proffers the inevitable

That which ensures my trust is secure

I am a hopeless cause where causes

Are concerned; my body lies at the edge

Of love’s crevasse, awaiting the fall,

Your name is on my lips

I haven’t posted a flash piece in a while so here goes: 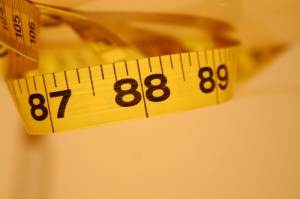 Cara caught the smug tone of Everett’s voice when he said those words. She expected his lousy attitude, but that didn’t make it any easier to deal with. After 12 years of marriage, his negativity caused immense aggravation, more now than at any time before. But she persisted and asked him to try again.

“Did you even measure the space before you bought this monstrosity?” He stared at the new refrigerator standing in the middle of the kitchen, failing miserably to hide his frustration.

Cara’s patience was strained. “Do you always have to assume I’m an idiot? Of course I measured the space. You could have taken some interest in making the purchase of the new one, but then you’d have to take some responsibility for the damn thing not fitting.”

The delivery guys were hesitant to bring the refrigerator in to begin with after seeing the space it was to go into, but Cara told them to leave it there anyway. The dimensions were so close. She knew Everett could figure out a way to make it work. But Everett was being difficult and negative and expressing his “can’t do” attitude that made Cara want to throw her hands up in defeat. Of course, she wouldn’t. She was too stubborn to give in to him. Plus, she knew there had to be a way to make the refrigerator work.

“It’s not that easy Cara. You think you can just cut something off and poof you’ve solved it? The refrigerator is too wide by a half inch and too tall by 1.5 inches. Even if I did cut the countertop off, what am I supposed to do about the cabinet above?”

“I’m not a carpenter! You expect me to be able to fix all this shit – well, maybe I can’t!”

Everett’s temper rose to an unhealthy level. He threw his weight against the refrigerator and started pushing as hard as he could, attempting to shove it into the space until it was wedged in so tight it would go neither forward nor backward.

Everett didn’t care to hear a word of complaint from Cara at that point. This is the way it always was with her, though. She never knew when to stop. She pushed him until he was ready to explode. He slammed his fist into the side of the stuck refrigerator, leaving a noticeable dent in the white casing.

“Look what you just did! Are you insane? Even if we wanted to return it, we can’t now!”

“We can’t anyway because I’m sure I just left a scratch all along the side when I shoved it in here.”

“I don’t understand you at all.”

“Well that makes two of us Cara, because I don’t understand you at all either. I’m not sure I ever have.”

Cara sat down in the floor. A strange, silly laugh escaped her lips that soon turned into a weeping cry.

“What? Now I get to be the bad guy who always makes you cry? Great.”

“No Everett. I just realized that this refrigerator is like us. It’s big and cold and stubborn and won’t fit where it should. That’s what we are – cold, stubborn, and we don’t fit, not together, not anymore.”

“What are you saying Cara?”

“I’m saying that you were right all along – it won’t fit. No matter how much you shove and push. No matter what you change or move, it will never fit. Just like us. All we’re going to do by trying to force it is cause more damage. Is that what you want to do?”

Everett looked at Cara. For a moment, neither one said a word, but they knew. It was over for them. Cara stacked the paperwork to the new refrigerator on the table and left the kitchen.

Everett fumbled with the tape measure and started to re-measure the white box in front of him.  Forget it… what’s the use?

Son, there is none more good –

You have a crown on that fair head

Loving through and thoroughly from your soul

Pleasantness is your nature

Grace is on your side

All of this would seem to make you

Blessed, but I am the fortunate one,

For having the honor to carry you in my womb,

Care for you and be guided

My oldest inspired this – he is a gem, an old soul trapped in a young body. Not even a cynical writer like me can find a grain of irritation to write about today.

Married a decade or so, but she never made him a home

Got kids and pets and duties, she’d rather moan and groan

Won’t pick up a dish, except to pile the food on high

The floors haven’t been touched in long past several years

The bathrooms are perfectly conditioned to grow bacterial fears

Her old man began to possess the expected wandering eye

And she has the unbelievable audacity to wonder why

No matter, she’s stuck with him and he’s got her for sure

He said and dare I quote, “no one else would have her”

They put up with each other, for reasons left unsaid

It sure ain’t love folks – ah, unhappily ever after wed

How do you know when to end your story? With poetry, I seem to know. With my short stories, it’s a whole different game. Ask my editor, Scott Morgan of Write Hook. When I write a short story or piece of flash fiction, I like to ‘drop in’ on the story and then ‘drop out.’ It’s my style. It’s my way. My way seems to leave my endings a bit too abrupt. With the following poem, although it’s short, it felt done to me. I had nothing else to say that would add to what I’d already said. So, how about you? How do you know when you’ve reached the end of something you’re working on? Please share your pearls of wisdom.

We place our heads upon the grassy knoll,

Our fortunes unknown to us,

By day we speak in whispers,

By night we define the silence

Quiet and graceful he stalks

Until he secures his place;

The faithful are few, go

Across the miles, no matter that blocks stumble,

Difficulties challenge the peace of mind

Yet, we love; crave the touch of one another’s skin

Across the miles, no matter the spaces between

Us, wanting and defying the odds

Once more, tell me you love me, desire me

Across the miles, no matter how hungry the heart

For you and I, the seconds pass 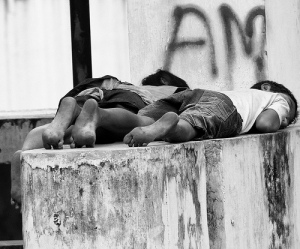 He’s a little tiny man who only knows to follow

You fell for him, and he fell for you

Ties that bind unwind and undo;

Simple heartache for the simple few

Thinking we matter, we only matter if we must;

Notice is given to the stars, their faces shining for the blind

Whatever is the matter? Is this a surprise?

Insignificant, tiny atoms on a planet made of many

Wear your $600 shoes, while little feet don’t have any

Walk on their backs in your pleasant greedy garden

Laugh at parties, sip your wine

Your fingers are nimble, your bones are fine

What moves you? What inspires you? Why do you write? What in the hell makes you put pen to paper or fingers to keyboard?

I could have never answered these questions when I first starting writing when I was 8 or 9 years old. Besides the fact that I was a kid, I didn’t know why I wanted to write – I just did. I thought everyone spent endless amounts of time creating their own worlds, writing stories and poems. I grew up without television until about that age. Our religion dictated that we have no TV, so we didn’t have one. I did a lot of reading starting at 4 to 5 years of age and then I suppose I began making up my own stories. I took the writing for granted for a while as an adult. I hope I’ve gained enough wisdom with age to know better on that front. So, how about you? What’s your story? Why do you write?

Let the verse drip from your tongue,

I feel your rhythm

Your vibe is pure

I’m dancing to your tune; play on…

Yes, you can be my Vodka, as you surely ease my pain;

Your love provides the comfort from the pelting rain

I’ll share my loving lips, my thirst is quenched in you,

I’ll drink you full forever more, I find my soul in you

If my heart should ever ache, I’ll pour you full once more

You sate my thirst through and through, for it is you I adore 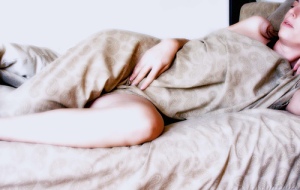 A presumption shared within a glance,

The skin surrenders to gooseflesh

A taste of love flavors the air, even better

Now on Amazon for Kindle